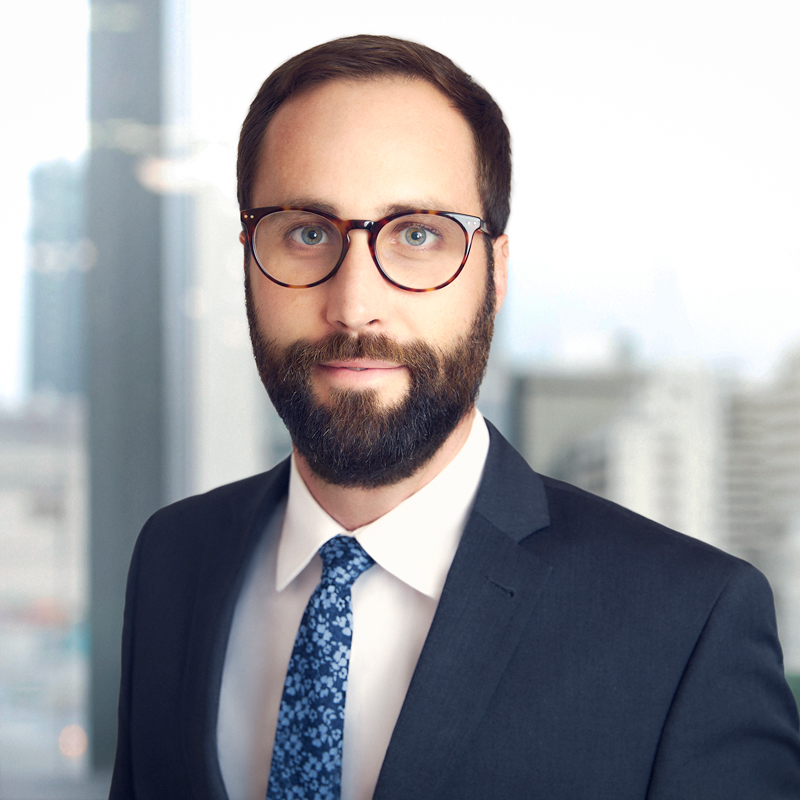 Eric is a partner at Ross Nasseri. He maintains a busy civil, commercial, and regulatory litigation practice.

Eric has acted for individuals and corporations in a wide variety of matters, including oppression remedy claims and shareholder disputes, directors’ and officers’ liability, professional negligence, employment matters, defamation, fraud, and all facets of real property litigation. He has obtained Mareva orders and other urgent relief through urgent motions and applications.

Eric has represented individuals and corporations in investigations by and prosecutions before the following regulatory authorities:

Eric acts as duty counsel before the Law Society Tribunal (LST). He volunteers at ProBono Ontario’s Hotline, and has presented at continuing professional development sessions run by the Advocates’ Society.

Eric has represented accused individuals and corporations in simple and complex criminal matters, including assaults and fraud. He was co-lead counsel in a three-month, bilingual securities fraud trial before a judge and jury following which his client was acquitted.

Eric regularly appears before the Associate Judges and Judges of the Superior Court of Justice (including the Commercial List), and has appeared numerous times before the Ontario Court of Appeal.

Prior to joining Ross Nasseri, Eric spent more than three years at Polley Faith LLP, a boutique commercial litigation firm in Toronto. During his articles, he clerked for the judges of the Superior Court in Toronto, including the Judges of the Divisional Court and the Commercial List. He co-authored “The Closing Address: The Opening Chapter in Trial Preparation” (Annual Review of Civil Litigation 2016) with Justice Todd Archibald.

Eric received his BCL/LLB from McGill University. In law school, he was the Director of Research at the Legal Information Clinic at McGill, and clerked for a judge of the Quebec Court of Appeal. He also has an MA and BA (Honours) in History from McGill, and held the Vivienne Poy scholarship throughout his undergraduate degree.

Eric is bilingual and acts for clients in both French and English.

Ross Nasseri LLP is thrilled to share that we have been named to The Globe and Mail’s Canada’s Best Law Firms 2022 list.

Ross Nasseri LLP is delighted to announce that Eric Brousseau and Vladimira Ivanov are the newest partners in the firm. Eric joined the firm in January of 2019. Throughout his career, Eric has impressed clients, judges, and tribunals with his voracious work ethic and...

Congratulations to Eric Brousseau for his success in the application DYN Exporters Can. Inc. v. 9024 Keele Park Properties Ltd., 2021 ONSC 2393. Eric persuaded the Court to grant the application for an order for payment to the applicant of monies that were owed...